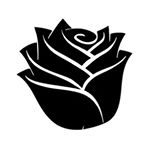 ABC and Warner Bros. have been producing Bachelor content for 18 years. During that time they’ve cast 40 season leads, yet only one Black lead. This is unacceptable. As creators of one of the most popular and influential franchises on television, ABC and Warner Bros. have an opportunity and  responsibility to feature Black, Indigenous, People of Color (“BIPOC”) relationships, families, and storylines. The franchise, and all those who represent it, should reflect and honor the racial diversity of our country--both in front of and behind the camera.

Representation matters, and it is one of the most important ways our country can embrace its diversity and evolve. We will use our power as viewers and fans to hold ABC and Warner Bros. accountable and demand they use their platform in a more thoughtful, race-conscious, and socially responsible way. It’s time that ABC, Mike Fleiss, and Warner Bros. take demonstrable action to address the inequalities in casting, screen time, and employment of minority groups.

Support for BIPOC lives must extend beyond the events of a week or a social media post. Demonstrations are important, but our commitment to anti-racism must also manifest in our everyday pursuits and familiar spaces. This moment is an opportunity for ABC and Warner Bros. to mold the franchise we love into one of which we can all be proud and unequivocally support.